5 souvenirs made in Formentera

When you have in the kitchen cupboard so many breakfast cups, it is time to look for a new souvenir, either if it is for oneself or for friends or relatives, that for sure, they may as well have a good cup collection. If you have reached this point, pay attention to the following suggestions so that you go back home with an original –and even gourmet- souvenir from Formentera.

Traditionally, the sailors from the island dried in the sun the skate and other gelatinous fishes in order to preserve its edible meat more time. Integrating the Ensalada Payesa salad, nowadays it can be bought ready to consume thanks to the initiative of the company Salazones Fersa. A hand made and really gourmet souvenir.

Despite they may not attract your attention at this moment due to the sunny weather, if you like woollen clothes, you should get into the shop of Sant Francesc Xavier, where you can find beautiful pullovers and shawls made with Formentera wool. They also have their own fashion collection adlib. Pla del Rey, 46. Web.

She started in the 80´s selling its thongs in the beaches of Ibiza Es Cavallet and Ses Salines, but some years ago, Janne Heegaard has moved to Formentera, where you can find its well-known thongs in its two shops open in the isle (Es Pujols y Sant Francesc). Its thongs, sexy and with reminiscence of the hippy esthetic, have a good crowd of followers. Web 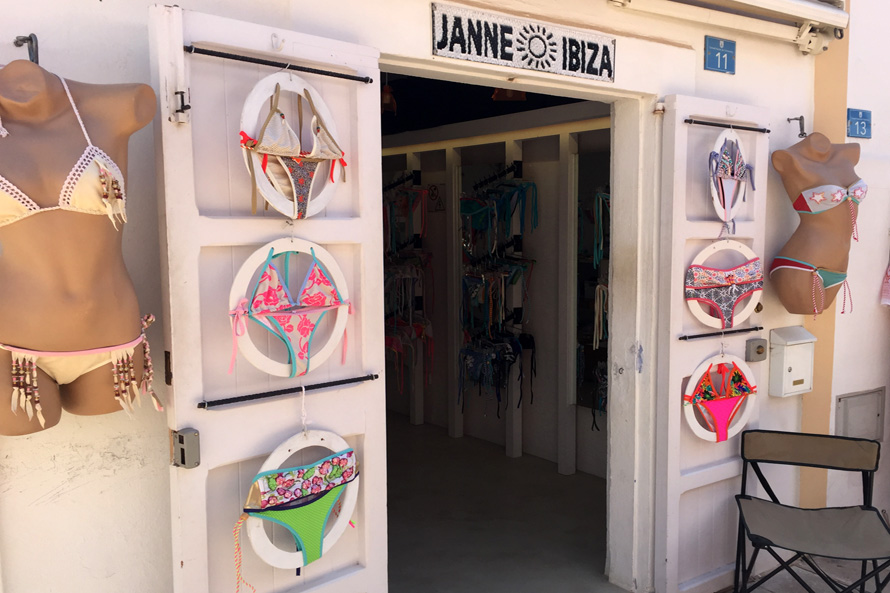 Despite the isle only has a surface of little more than 80 square kilometers, there is also room in it for the wine growing, that takes totally 60 hectares. Cap de Barbaria and Terra Moll are the two islander wineries that, under the protected geographic indication “Wine of Formentera´s land”, produce the valued red and rosé wines. A good souvenir for wine lovers.

Another choice is to dress for the rest of the summer time the swimming suit of Formentera´s design. In Dossae Formentera you will find its own creation of male swimming trunk fashion, really colorful and fun. Besides, the entire cloth has been made in Spain, including the woven material. The shop is placed in Francesc Xavier (Avda. Pla del Rei, 79)

Do you like these proposals? If you are already planning your excursion to Formentera, check our ferry´s timetable from Ibiza to Formentera and book now.