Discover Es Vedrá and its legends

The spectacular Es Vedra's rocky profile has become over time one of the most iconic images all around Ibiza. This rock and its smaller brother Es Vedranell are famous for beoing issuers of a special and inspiring energy.

Mike Oldfield and Pink Floyd are some of the artists who affirmed how their inspiration increased during their stay in this part of the island, and due to this fact, soon the magical image of the island became even greater. B

ut the legends related with this beautiful rock began in the middle of the XIX century, when the Carmelite missionary Francisco Palau told how he had seen “beings of light” few times during his life as a hermit at Es Vedrá. A century later, in 1979, another strange phenomenon called the attention from the pilots of a commercial flight, who observed unusual red lights all along the sea channel between Denia and Ibiza. 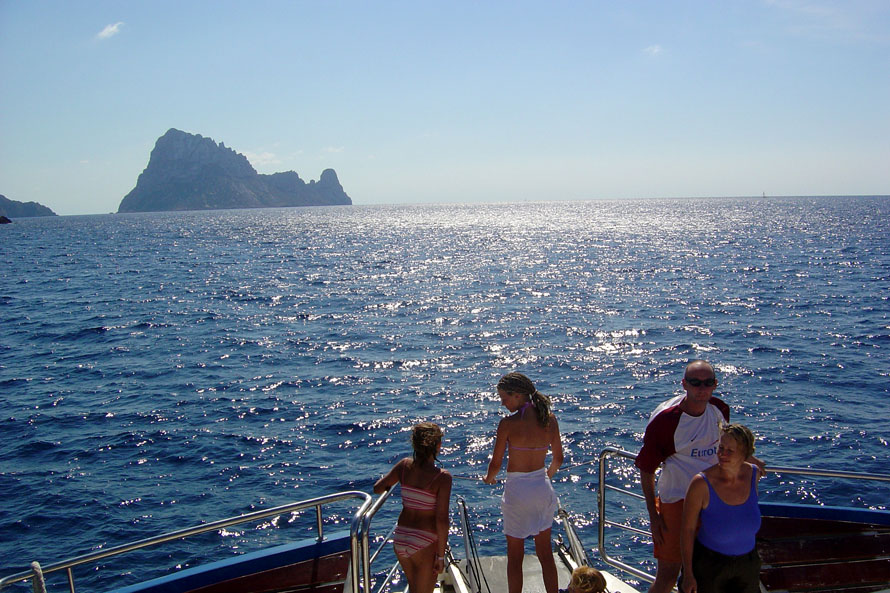 Where, when and how

From the Cala d’Hort shore and its neighbor cliffs you can contemplate fantastic panoramic views above Es Vedrá and Es Vedranell rocks. The best moment to go is probably at sunset: in winter the sun rises down behind them and in summer the ray' sun give a warm tone. Beside this option, we recommend you to discover Es Vedrá from the sea. During the trip, one of the most beautiful ones all around the island, you will not only get near this imposing rock, but also you will discover other nice hideouts in the amazing Ibiza west coast. Check our time schedules and rates, and don’t you renounce to enjoy all the magic of Es Vedrá!